New research shows that ASIC’s emphasis on minimum SMSF balances of $500,000 is “excessively conservative”, with the evidence suggesting that $200,000 may be a more appropriate threshold. 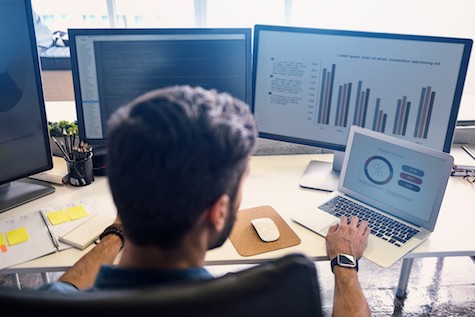 The University of Adelaide has released a new report analysing SMSF performance based on data provided by BGL Corporate Solutions and Class Limited from over 318,000 SMSFs between 1 July 2016 and 30 June 2019 to identify a minimum amount of capital required for an SMSF to achieve comparable investment returns with much larger funds.

This latest report builds on previous research by Rice Warner and the SMSF Association on the minimum cost-effective balance for SMSFs.

The SMSF Association, which commissioned the report, said that while this latest research supports the regulatory focus on fund size, it also suggests that current regulatory guidance around minimum SMSF balances is poorly calibrated.

The association referred to guidance issued by ASIC on the disclosure of SMSF costs, INFO 206, which states that “on average, SMSFs with balances below $500,000 have lower returns after expenses and tax than funds regulated by APRA”.

SMSF Association chief executive John Maroney said that the research data revealed no material differences in performance patterns for SMSFs between $200,000 and $500,000.

“The research results suggest a more appropriate threshold is $200,000.”

In its conclusion, the report stated that the research supports “a reconsideration of the regulatory priorities which govern the SMSF sector”.

“In our opinion, there is sufficient evidence to suggest that SMSF investment performance is largely on par with that of APRA funds. Our results show that ASIC’s existing emphasis on minimum SMSF balances of $500,000 is excessively conservative and can be recalibrated to $200,000,” it stated.

The research also found that when compared to the rate of return (ROR) performance measure used by APRA to calculate investment returns for APRA-regulated superannuation funds, the ATO’s calculation of SMSF returns produces lower estimates of investment returns, all else being equal.

Mr Maroney said that most of the differences arise because the ATO’s calculation is based on data derived from SMSF annual returns, whereas APRA uses information from superannuation fund financial statements.

“The research study overcomes this by using SMSF financial statement data to calculate an annual ROR for each fund in the data sample,” he stated.

“When comparable data inputs and calculation methodologies are used, the median investment performance of SMSFs, particularly those with balances of $200,000 or more and which are not heavily invested in cash, was very competitive with APRA regulated funds during the period in question.”

Not only does the research cast new light on the performance of SMSFs compared with APRA-regulated funds, said Mr Maroney, it “also illustrates why the ATO’s published SMSF investment returns should not be used to compare the performance of the SMSF sector with other sectors”.

University of Adelaide Professor Ralf Zurbruegg said the way in which the ATO calculates SMSF performance is different to how APRA calculates the performance of APRA regulated funds.

“When we account for the differences in how the performance of these funds is calculated, neither APRA regulated superannuation funds nor SMSFs with balances above $200,000 consistently under or out-perform each other,” Mr Zurbruegg stated.

“The greater variation in fund-level performance, and a higher tendency to outperform relative to APRA-regulated funds, presents opportunities for advisers to add value and deliver higher rates of return for suitable superannuation investors,” said Mr Maroney.

“It also presents opportunities for advisers to assist those SMSF investors who have a higher tendency to underperform.”

The research report noted that there is strong evidence from the research to warrant a focus on trustee education around the risks and limitations of inefficient investment management.