Estate Planning in the New Environment

The introduction of the transfer balance cap (TBC) on 1 July 2017 has had a severe impact on estate plans that include superannuation savings. 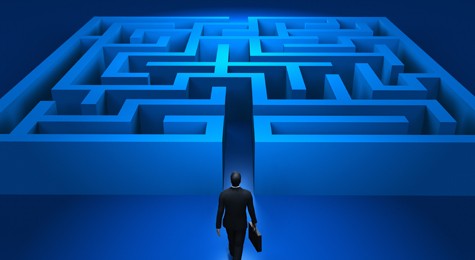 Whereas it was previously possible that significantly greater amounts could be retained in the super system after death or disability (and SMSFs could be used as family “dynasty” vehicles), an important aspect of the purpose of the reforms to the law was to reduce “the extent that superannuation is used for tax minimisation and estate planning purposes” (see Treasurer Scott Morrison’s media release dated 3 May 2016).

Among numerous changes, perhaps the most significant element of the reforms was that a cap of $1.6 million for the total amount of an individual’s super savings that could be transferred into the tax-free retirement phase. Although this measure immediately impacts on the retirement plans of individuals during their lifetime, it will also impact on the estate plans of individuals who have total super balances that exceed $1.6 million at the time of their death (whether in retirement or accumulation phase), or whose beneficiaries do (whether in their own right, or in combination with their inheritance).

Super death benefits may be paid as: a single lump sum, an interim and then a final lump sum, one or more retirement phase pensions, or combinations of all of the above. It’s a common wish of individuals that their super pension be paid to their beneficiaries in the same form after their death, for reasons such as asset protection and tax. Of course, this is only possible where it’s permitted and in accordance with the relevant trust deed, pension document and death benefit nomination. Importantly the recipient of such a pension must be a tax law dependant of the deceased.

Where these conditions have been satisfied, the maximum death benefit that can be retained by the new pensioner (whether as a reversionary or new pension) will be equivalent to their general TBC (which will ordinarily be $1.6 million). However, this outcome assumes that the new pensioner has no other retirement phase pension interests when they receive the death benefits. Where they do have other such interests, then they will already have an amount standing to the credit of their transfer balance account equivalent to the value of the assets supporting those interests (as at the previous 30 June). The consequence is that any additional amounts transferred to the retirement phase for that individual (in any super fund) must not result in their TBC being exceeded. Such excess transfers may result in the imposition of penalty taxes and interest, where they aren’t rectified within certain periods.

Is there a fix?

Fortunately, the reforms allow such rectification to occur within a period of up to one year from the date of death, but only where the new pensioner receives a reversionary pension. In addition, the existing law also permits the trustee of a super fund to pay a death benefit (without jeopardising its status as a death benefit) within a “reasonably practicable” period. As a result, there is an obvious opportunity for the new pensioner to re-arrange their affairs in anticipation of receiving the death benefit (or even after they’ve received it), in order to ensure that they don’t exceed their TBC. In particular, this action involves the new pensioner reducing their credit value of their TBA to nil (in cases where they have not yet received the death benefit) or to $1.6 million (in cases where they have). As a result, it is possible to ensure that an additional amount of up to $1.6 million is retained in the super system.

Of course, employing the above strategy has potential tax benefits. This means it is always possible that commissioner of taxation could successfully strike it down under the general anti-avoidance provisions of the income tax laws. Notably, such an outcome may not ensue, where the taxpayer’s purpose for entering into the strategy was predominantly for some other reason. It is the author’s experience the majority of individuals who seek to employ such arrangements do so because of family dynamics that are peculiar to them (for example because super death benefits were earmarked to be received by a particular family member), or for asset protection reasons.

What should I do?

Ultimately this aspect of the reforms means many individuals will need to revisit their estate plans to take into account how their situation may now have changed. A common perception is that this measure will not affect many individuals as the current balance of their super savings (or those of their beneficiaries) doesn’t exceed or near $1.6 million and is unlikely to do so. Unfortunately this analysis ignores the possibility of growth in those savings over many years and, very importantly, the fact most super interests include life insurance policies, the payment value of which will frequently cause balances to exceed or be around this threshold.